USDT is the best-known stablecoin in the crypto world. Since its launch, it has been widely adopted due to its characteristics of stability. As of this writing, USDT is  the world’s third biggest crypto by market cap, only trailing BTC and ETH. As USDT’s trade volume and liquidity continues to grow, it is also controversial because of its non-transparent audit.

USDT, the world’s first stablecoin, holds 1-1 value to the US dollar. It’s also known as a fiat-collateralized stablecoin. Compared with common cryptocurrencies like BTC, the price of USDT does not significantly fluctuate and it can basically remain stable in value. In essence, stablecoins are a type of crypto with the attribute of anchor. They are designed to anchor to some off-chain assets and keep the asset’s equivalent value of stablecoins in reserves at all times.

To put it simply, USDT is a cryptocurrency pegged to the US dollar, with a fixed exchange ratio of 1:1, meaning, for every USDT token issued, Tether (issuer of USDT) will hold 1 US dollar in its reserve account.

USDT, originally known as “Realcoin”, was jointly founded by Bitcoin investor Brock Pierce, entrepreneur Reeve Collins, and software developer Craig Sellers in July 2014. Realcoin was then rebranded as Tether on November 20, 2014 by Tether Ltd., the company responsible for managing and maintaining Tether’s reserves. After that, Tether was officially launched in 2015. In February 2015, Tether (USDT) officially began trading on Bitfinex (the parent company of Tether), and more exchanges have provided trading services for USDT since. Tether has gradually risen to prominence.

USDT was originally issued in the Omni layer protocol built on the BTC blockchain network. As the crypto market grows, to meet growing demands for trading on different chains, Tether has gone multichain for the issuance of USDT. According to data from Tether’s official website, USDT has been issued on nine blockchains so far, including Bitcoin, Ethereum, Tron, Solana, Avalanche, Algorand, EOS, Liquid, and SLP (Simple Ledger Protocol on Bitcoin Cash).

This is why we could select different chains to deposit and withdraw USDT while trading on exchanges.

In addition to USDT, a USD-pegged stablecoin, Tether has also rolled out other stablecoins anchored to other fiat currencies. See details as below:

However, official data revealed that USDT enjoy a dominant position in the crypto space among the four stablecoins.

Issuance and Circulation of USDT

Unlike BTC whose issuance is achieved by mining, Tether, the company, is responsible for the issuance of USDT. Please see below for the detailed process:

3.     After receiving the crypto assets, the user can start trading using USDT, beginning the circulation of USDT tokens.

4.     Users can also return the USDT tokens to Tether to redeem the 500,000 US dollars deposited earlier.

5.     Upon receiving the returned USDT, Tether will burn the tokens and refund the user.

Please note that the above process is a general USDT issuance process in theory. The process also involves another key aspect – authorization.

Authorized USDT tokens can be thought of as pre-issued tokens. Authorized transactions can be generated ahead of time and then signed by multiple signers involved in the Tether tokens issuance process. The pre-issued USDT tokens are called authorized but not issued tokens. To put it simply, authorized tokens are created in large batches and held within Tether’s treasury. Authorized transactions are always prepared for a fixed amount of USDT. This amount is determined by conversations Tether has had with clients and represents the anticipated demand for USDT.

Authorized tokens are created for two key reasons: 1) meet customer demand, that is, USDT tokens can be issued in a timely manner when the market demand rises, so as to avoid any delay in the issuance process; 2) minimize how frequently Tether signer’s need to interact with the private keys, helping mitigate the disclosure risk of the private keys and ensure the security of the entire system. 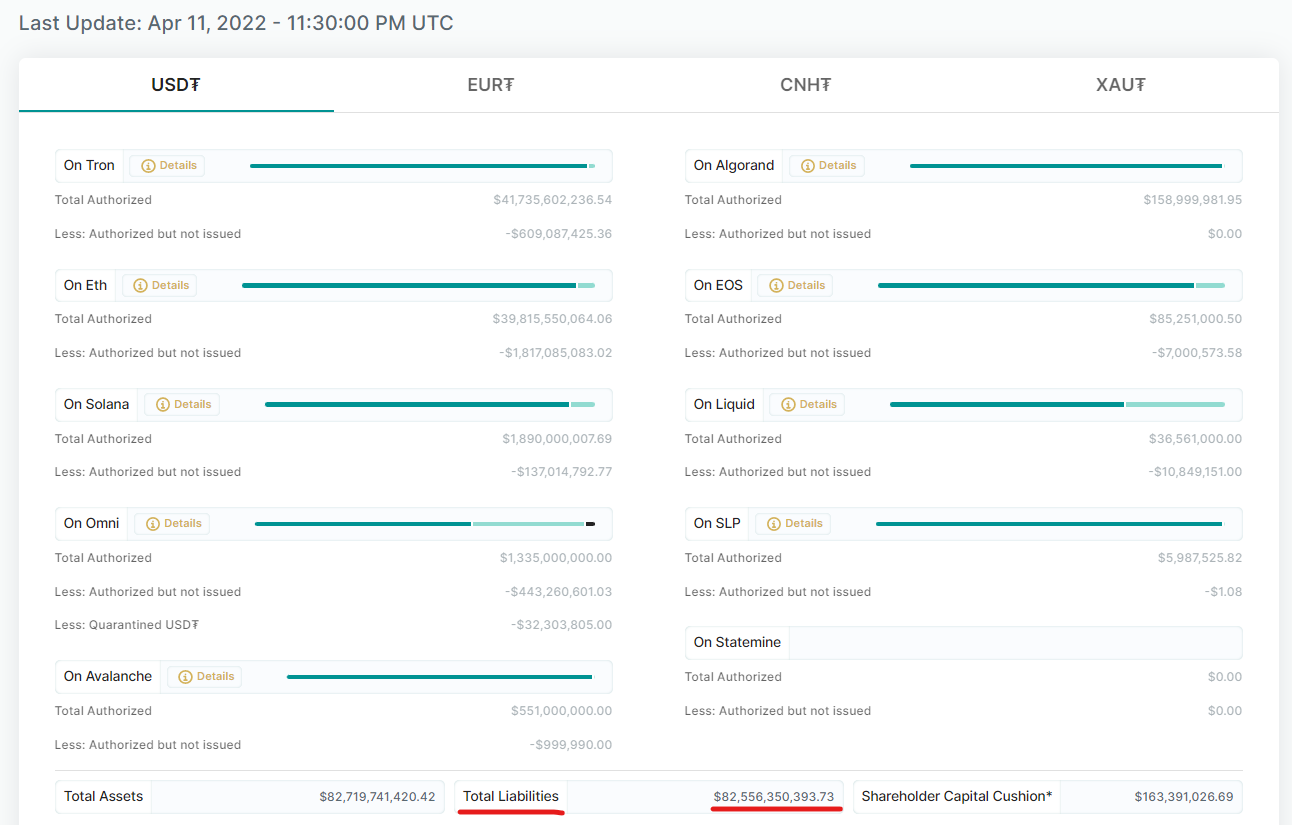 Advantages and Risks of USDT

The USDT ecosystem has been growing since its launch and has become a bridge between fiat currencies and other crypto assets.. USDT features the following advantages:

1.     Provide stability for the volatile crypto market. The nature of USDT as stablecoin determines that it has a higher level of stability than other cryptocurrencies. It is a good option for investment and hedging when the crypto market is highly volatile, or when a bear market is approaching.

3.     Facilitate efficient and instant trades and help implement arbitrage strategies. As one of the earliest stablecoins, USDT is supported by all the mainstream platforms, making it possible to execute efficient and instant trades and implement arbitrage strategies. It can be traded in almost all crypto markets, while other stablecoins cannot.

However, the biggest risk that comes with USDT is its issuance by a centralized authority, Tether, the company, who oversees the whole issuance process of USDT and are responsible for all risks that may arise during USDT issuance, underwriting, regulation, and operation. However, as the use of tether grows, Tether has still not provided any proof of reserve and has not yet conducted an audit to verify reserves backing, which raise doubt as to if the company had the reserve to back all the tokens in circulation. This is believed the most notable challenge facing USDT.